The Most Expensive Items Sold on eBay 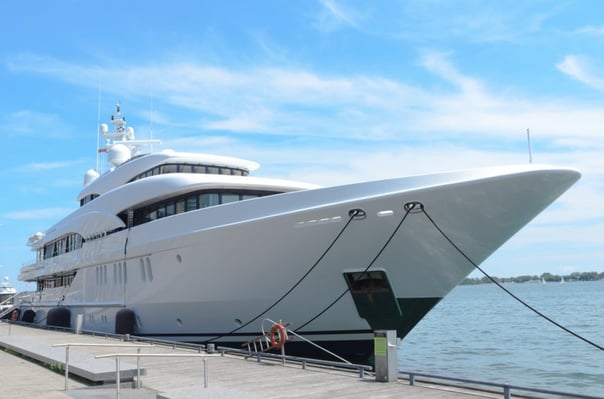 The world’s largest marketplace is now more than 20 years old and is one of the most recognised companies across the globe. With hundreds of millions of listings live at any one point, eBay, the initiator of ecommerce if you will, shows no signs of slowing. Over the years weird and whacky listings of almost every kind have shown up on the site, reimagining the way society does business.

In September 1995, the first item listed on eBay was a broken laser pointer. And in the true essence of eBay, this otherwise useless item was sold, for $14.83. Since then, the site has seen some of the most expensive sales ever made.

Here’s a look at the most expensive items sold on eBay that over 20 years of internet trading has produced:

What’s the value of a life? Priceless? Can you put a dollar figure on it? People have tried, and eBay seemingly has. Ian Usher’s life was sold on eBay for $309,292. The English traveller and writer listed his life for sale on the site in 2008 after his marriage ended. The unknown buyer technically pulled out at the last minute, after which Usher sold his house the traditional way for $399,000, packed up his life and travelled the world. The idea was to make a “fresh start”, moving away and completing a bucket list with the money. He later wrote two books, A Life Sold (2008) and Paradise Delayed (2013), which described his experiences.

“Black Betsy”, a baseball bat named and kept by Shoeless Joe Jackson himself, became one of the most significant and valuable pieces of baseball history after being sold on eBay. In 2001 the handmade hickory bat sold for a record $557,610 to Rob Mitchell, a long-time collector and sports memorabilia specialist. It was Rob’s first purchase on eBay.

Joe Jackson got his famous nickname during a game in which he ran from base to base in socks after his new pair of shoes gave him blisters.

With only 399 Ferrari Enzo supercars in the world, it’s one of the rarest supercharged cars ever made. Obviously, when one was listed on eBay, car enthusiasts and collectors begun a frenzied bidding war. In 2004 a Switzerland man, outbid his competition by a mere $55.

After number 2 on our list, if still aren’t positive that Baseball memorabilia has huge value, perhaps this sale will change your mind. Baseball cards in particular can be extremely valuable due to their low issue numbers and highly sought after status. This rare Honus Wagner baseball card sold for $1.1 million in 2000. The card is so rare because Honus himself, asked the American Tobacco Company to stop producing the cards as he was against smoking. With only 200 produced Brian Seigl jumped at the deal securing his piece of baseball history.

In 2000 eBay opened their Real Estate category which saw some of the sites biggest sales. Selling houses online was sure to change up the real estate industry, but the world was shocked to see a whole town listed on the site in 2002. The 83-acre property is the private town of Bridgeville, population 30. The town consisted of 8 houses, a post office and a café.

In 2001, realtors Gregory Gibbons and Bruce Francisco purchased a former missile silo base with the intention of turning it into a high-end luxury house which included an underground war bunker. The upstate New York property is surrounded by 20 acres of State Park forest and boosts its own airplane runway strip. The house itself looks like a normal dwelling both outside and within, hiding the 40-foot drop down to a 50-foot tunnel which leads to a 185-foot cylindrical missile storage room. In 1958, the silo project cost around $18 million dollars, which today equates to $153,020,281!

Another private town was listed and sold on eBay in 2003. This small town of just 5 residents was originally purchased by Bobby Cave, an insurance banker for just $216,000 with the intention to restore it to preserve its historical roots.

Every year, for the last 18 years, Warren Buffet auctions off a lunch with himself to benefit the GLIDE Foundation.  In 2016, the winning bidder payed over $3 million to be Buffet’s guest. To this date, the auctions have raised over $23 million dollars. This year’s auction is running right now and bidding is highly competitive. It went past the $1 million mark within minutes.

This sale isn’t as surprising. Airplanes are expensive. In 2001 Tyler Jets sold this luxurious 12 seater jet to an Africa-based charter flights company. At the time, this was the largest online sale ever.

What’s more expensive than a luxury jet? A luxury yacht. This huge 405-foot yacht is like a small town. A gym, numerous guest cabins, a movie theatre, a spa and a helicopter pad, the list goes on. The Russian billionaire, Roman Abramovich, purchased the most expensive item to ever be sold on eBay in 2007.

Bought or sold something on eBay and need it shipped?  PACK & SEND are the ebay shipping experts, with suitable shipping solutions for just about any type of item. Get in touch with your local Service Centre for advice on 1300 668 000.

Ultimate List of Every eCommerce Term to Know in 2022
END_OF_DOCUMENT_TOKEN_TO_BE_REPLACED

What is Dropshipping? Definition, Process and Best Practices
END_OF_DOCUMENT_TOKEN_TO_BE_REPLACED

What is Overnight Shipping? Everything You Need to Know
END_OF_DOCUMENT_TOKEN_TO_BE_REPLACED